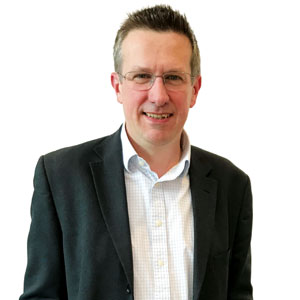 Mike Dempsey, Managing Director
Over the years, the automotive industry has redefined the way humans interact with automobiles. Vehicles that were once driven by analog consoles are now governed by smart sensors and connectivity systems that have paved the way for proof of concepts such as autonomous driving. The design, development, and simulation of such concepts becomes all the more complicated owing to the numerous systems within the vehicle itself that need to be accounted for, right from the initial stages of Computer-aided Engineering (CAE). Claytex is one among the precursors specializing in systems engineering, simulation, and CAE, since the late 90s. Starting off as an automotive consultancy, Claytex has developed various modeling tools and simulation libraries and is a licensed distributor of Dassault Systemes and rFpro software.

Claytex was originally founded as a CAE consultancy working on powertrain simulation systems and similar automotive modeling projects. “During these first few years, we came across a modeling and simulation tool called Dymola, which is now owned by Dassault Systemes. In 2003 we became Dymola distributors and started to develop different application libraries that are now part of the product portfolio rather than just focusing on consultancy,” says Mike Dempsey, Managing Director of Claytex. The relationship with Dassault Systemes has also enabled Claytex to support various academic institutions by training students in modeling and simulation as a part of the course curriculum.

This was just the beginning of Claytex’s ascent in the modeling and simulation industry. The company went on to develop VeSyMA which is a suite of Dymola application libraries for Vehicle Systems Modeling and Analysis. This suite of libraries is built using the Modelica modeling language and provides a stable foundation for vehicular testing and simulation without the need for extensive knowledge of Modelica or similar coding languages. Bolstered by its simulation and design expertise, Claytex models engines, electrical systems, thermal components, batteries, suspensions and many other systems that make up today’s automobiles. The latest addition to the Claytex product portfolio is a new solution for modeling hydraulic systems called the Fluid Power Library.

The next significant extensions to the Claytex product range will be solutions for thermal management which will complement the existing VeSyMA range of solutions.

The company caters to its clients by understanding their objectives and tailoring the appropriate toolsets in combination with required libraries to deliver solutions to reach those milestones. “What we bring to the table is an understanding of numerous possibilities to bridge the gap between real and virtual worlds with simulation tools,” adds Dempsey. By utilizing the virtual reality resources offered by the rFpro suite, Claytex gains an understanding of the real-world dynamics that come into play while testing vehicles and components. Such development methodologies allow the company to test concepts for autonomous driving and Advanced Driver Assistance Systems at various destinations in the virtual world and assess the system performance and sensitivity to different parameters.

Claytex is also nurturing numerous start-ups, especially in the autonomous driving sector, by providing them with elementary and complex toolsets that are necessary to simulate various conditions that the vehicles will experience in real life. rFpro has a library of virtual test locations that are built by accurately mapping the real world to produce photo realistic virtual environments covering roads, test tracks, and race tracks across the USA, Europe, and Asia. These virtual destinations also hold the potential to replicate various real-world features such as traffic, pedestrians, and animals within Claytex’s simulation rig. “We are also creating models of LiDAR and radar sensors to compliment what we have already obtained from the rFpro ecosystem, and I believe that holds significant value for testing the automobiles of tomorrow,” concludes Dempsey. 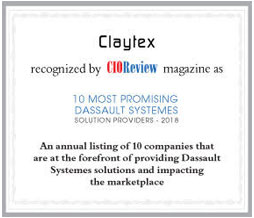 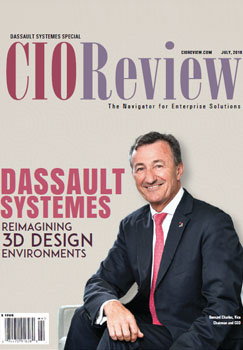