It's Showtime! A US Manufacturing Resurgence is Here!

It's Showtime! A US Manufacturing Resurgence is Here! 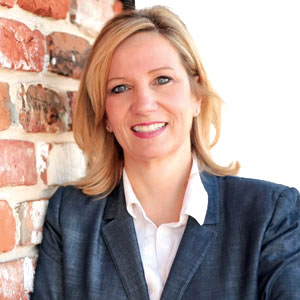 We have much to celebrate and the future looks bright for U.S. Manufacturing. The U.S. economy grew at a rate of about three percent in the last three quarters, a robust rate not seen in years. Since Election Day, the Dow Jones industrial average has increased more than 40 percent, creating a near $7 trillion jump in wealth–despite the Dow’s drop in early February. Unemployment rates are lowering drastically with January jobless claims coming in lower than expected. Black and Hispanic unemployment rates have not been this low in over 40 years. We have seen a historic streamlined tax bill and jobs act bill passed—resulting in tax reductions to over 82 percent of the population—creating rising incomes and spending that will further fuel what appears to be a roaring expansionary manufacturing resurgence.

Companies are responding with actions. Companies like Amazon have announced expansion plans. Ford, Fiat Chrysler, GM and a slew of others have announced investment in core manufacturing, employing what will be millions of people to support their plans forward. Bonuses are increasing for employees at Sprint, Wells Fargo, Boeing and a host of other companies. Comcast has hiked its dividend over 21 percent, creating an added incentive for investors and additional capital expansion. FedEx is raising pay to its workers. Bank of America, Dow and others have publicly announced plans to hire and train what will become millions of workers. Lockheed Martin is investing $200 million into research and development this year with tax savings. The resurgence in manufacturing will result in an economic multiplier effect for the country—as other sectors will expand to support the needs of manufacturing. It has long been understood that for every dollar of revenue generated by manufacturing, an additional $1.80 is fed into the economy. All boats will rise.

The total number of firms offering “Trump bonuses” as a result of the tax cut has reached 250, a jump of over 500 percent in two weeks.

Commercial borrowing, often seen as a leading economic indicator, increased over 17 percent in November, perhaps a harbinger of what is yet to come. Business confidence is high–with nearly 70 percent of business owners holding a positive perception of tax reform and what lies ahead. Strong confidence and borrowing will result in expansion, jobs, and rebirth of a U.S. manufacturing cycle unlike what we have experienced in decades. For example, our company, Denison Consulting Group, has also taken action–by opening an office in central Pennsylvania, within one day of 60 percent of the population, close to technical trade and universities, and most importantly closer to our customers. Our management team, technical advisory team and technical team has expanded as well—and all are enthusiastic about our bright futures ahead and working with younger workers needed to fill a current large skills and employment gap.

The total number of firms offering “Trump bonuses” as a result of the tax cut has reached 250, a jump of over 500 percent in two weeks

Investments in IIoT technologies and solutions in this same space will explode —with greatest investment made in those areas where the financial business case is obvious and positive. As the industry has worked tirelessly to develop interoperability standards, best practices, products and platforms for several years many core base case studies have proven to be powerful catalysts to deliver the IIoT. Small, nimble companies focused on designing and delivering solutions in the IIoT space stand to benefit greatly. Large manufacturers are already weighing into their planning and financial projections the impact of the historic tax cut provided them since passage of tax reform. We see this now—within our company, and with our largest customers.

Let’s not also forget that the U.S. is an energy powerhouse, with plentiful natural resources. Many argue that the technologies developed coupled with the people supporting the use of those technologies in the energy space afford the U.S. an enviable 20-year advantage over other countries in the delivery of reliable, affordable energy. This is no small fact given energy to be a core, and needed raw input in the production process. In fact, manufacturing accounts for approximate 30 percent of the aggregate usage of U.S. energy. Additional advances in energy and power quality reliability will further reduce costs and efficiency, increasing further the aggregate competitive advantage for those firms who understand the importance of high-quality power in the production process.

Prior to passage of tax reform, the Boston Consulting Group postulated that China’s manufacturing cost advantage over the U.S. is shrinking fast and within five years the gap will close driven by higher Chinese wages, a weak dollar, higher U.S. productivity and an energy advantage held by the U.S.. Let’s not forget the productivity of U.S. workers—as the U.S. manufacturing sector remains a powerhouse with output rising over two and a half times since 1972 in constant dollars, despite employment being reduced one third—with industrial output rising to $1.65 trillion from 1997 to 2008—driven by the strongest productivity growth in the industrial world. Many predict that the U.S. holds an enviable comparative advantage in manufacturing–able to produce in near par with China in 2018 and a more impressive projected 15-20 lower cost than European manufacturers. Once tax reductions are realized, global trade deals restructured, and further clarity given the regulatory climate, manufacturing conducted in the U.S. stands to explode.

And foreign direct investment by non-U.S. companies will increase, allowing those same companies to benefit from our open markets, access to skilled and trained resources, supported by a system based on a rule of law and protection of intellectual property rights necessary for global firms to feel comfortable for investment. We have recently seen evidence of this fact by the large crowds gathered at the Davos Economic World Summit–whereby business leaders around the world are discussing increasing investment in U.S. manufacturing.

Universities and vocational schools around the country are training and delivering to corporations the workforce of the future. And corporations are thrilled to work with the new generation of manufacturing inventors, creators and dreamers. As manufacturing results in over 75 percent of the R&D investment made within the U.S. economy—our ongoing support of manufacturing creates opportunities far beyond quarterly earnings—and should lead all to view this resurgence in a much longer term, strategic perspective. We have already seen evidence of job resurgence already—with over 500,000 new jobs added in manufacturing since Election Day—jobs paying an average of $82K per year).

So-it’s been a great start to 2018. A U.S. manufacturing resurgence is here! Climb on board the rocket ship as the best is yet to come!

One Source of Truth for Our Frontend

Digitization Before and After a Global Pandemic