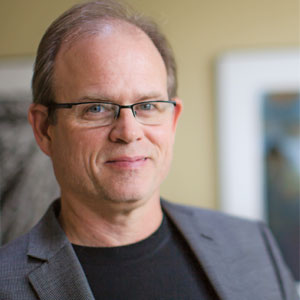 This April, I attended an eclectic conference in Scottsdale AZ, on the future of engineering software and was treated to a nice review of the current beta version of Dassault Systèmes xDesign© app and also had a small peek at the 3DEXPERIENCE© eco-system. It is interesting to see how after years of the same 3D products and business models, the CAD and PLM/PDM industries are being shaken up by some new players and the rapid advancement of IT technologies. How will the entry of the 3D heavy weight into the cloud CAD market impact this space? Time will tell, but it signals momentum towards a different future than what we have grown accustomed to. In an earlier article “Is PLM Ready for the Future”, I explored the importance of several factors that would dramatically change the market. I think the same context holds true when evaluating the suite of apps coming from Dassault Systèmes.

2. Simplicity is smaller role based interfaces, ease of use, ubiquity and simple low cost support models are key to maximum productivity and providing a high value to cost ratio.

3. Business model flexibility aligns the delivery of value alongside the cost sharing implementation risk. The ability to uptake functionality in bite sized chunks that aligns with the business and scales over time.

4. Information flow that supports the business process collaborative requirements, available when a user needs it and aligned with the context of the assignment with minimal effort is the Golden Fleece in this industry. A platform must enable collaborative exchange easily.

5. Platform Agnostic is key to the future because innovation will be anywhere, anytime on the fly with the tools you want to use. I want my work to follow me like a shadow on a sunny day and be there whenever I want to work on whatever platform that I am comfortable with.

Here is my perspective on SOLIDWORKS xDesign© and the 3DEXPERIENCE© in these critical areas;

I believe that xDesign© hits the mark for creating fast on the fly concepts that occur early in the design process. I am not so convinced after that. During the demonstration, there were indications that design in the context of an assembly would be difficult due to performance limitations. The presenter stated this is actively being addressed. If you are an enterprise user, this would pose a problem, especially when collaborating with other designers and engineers. I think if you have a larger footprint project, performance testing should be a priority before jumping in; if not, maybe test the functionality for concepts on the go. The interface is advertised as easy to understand with a near zero learning curve, this looked to be true. The topology optimization functionality was interesting and might lead to some creative ideas but push button design is a long way from reality!

Looking at the entire pallet of 3DEXPERIENCE© applications shown in the figure, I saw the real potential for role and functional user interface simplicity in the future. Breaking up the monolithic applications of the past into smaller chunks should breathe new life into the efforts to solve PLM/PDM usability issues. The presentation showed forty smaller apps that supported many functions downstream from the xDesign© creation app. There were too many to describe here but it was refreshing to see a more simplified set of interfaces materializing. There were apps that addressed various aspects of design, simulation, 3D additive manufacturing, issues and approvals just to give a taste of what’s there. The xDesign© app itself is downloadable and available within minutes which is simple for engineers and requires little or no IT involvement. Version updates are handled in the cloud, making it easier to support upgrades and giving users access to the latest functionality quickly. This should spark a few discussions about how to best support engineering IT in the future! In terms of innovation, speed to first practical use is a critical consideration for widespread adoption.

At the time of this writing, from the little information I could gather online, the business model was still being determined. Hopefully, it will be a model that would open the door to smaller shops as well as address global scale for enterprises wanting to harmonize. I find it promising that the possibility to adopt smaller pieces of functionality exists. It becomes more realistic to align costs and actual value, and it allows adoption to be where you need the new functionality the most. I read that the platform also supports Dropbox integration which is also a major selling point in my opinion for small companies.

In terms of information flow in support of collaboration, the story is far from a perfect fairy tale. There were grand promises a few years ago that spoke of seamless integration between SolidWorks© and xDesign©, but the reality is that xDesign© is built on the CATIA© CGM Kernel so data exchange with a SolidWorks© Parasolid© is through a “dumb solid”. Given this fact, unfortunately nothing has changed in 20 years with respect to exchange between systems. That is a far cry from seamless integration and continues to drive complexity into the process of exchanging information which is detrimental to innovation. If you are within the CATIA© CGM based eco-system, exchange will be seamless and life is good. My perspective is that this situation signals an end to the Parasolid based SolidWorks© over time but I could not confirm this. As xDesign© functionality matures, it seems probable that it could replace the traditional desktop version of SolidWorks©. Something to keep an eye on as time marches forward.

The promise of a zero weight, device agnostic experience is true as long as the device supports webGL. This should allow the user to work anywhere at any time from one virtual data store which is a powerful concept. As the wireless connection technology improves the experience will along with it and when 5G arrives, your office will be able to exist almost anywhere you want it to be! This is surreal for me because I started my career in a bullpen working with $20K terminals during off hours after the designers went home! This is an exciting moment!

To close, I was excited to see the prospect that xDesign© and the 3DEXPERIENCE© bring to the future of innovation, productivity and to engineers on the go. Based on all I could find at this time, this is an emerging eco-system but the direction forward is exciting to see and sets the stage for true productivity gains that are long overdue within the hardware engineering community. I think that the platform also establishes a great foundation for the delivery of design services for subscription and pay as you use models as they mature this eco system of apps.

Advancing Customer Experience in an Ever- Evolving Hospitality Sector

Laying the Foundation of a Satisfying Commuter Experience